We arrived back on Sunday after a 10 day break in a van in Italy, driving from the top down as far as Lago di Bolsena and back again, taking in, amongst other, Brescia, Collodi, Manciano and Assisi.

We faced ten days of battling with Italian road signs (which are more charitably passed off as a strange Italian sense of humour, and less charitably as a ploy to drive non-locals onto the more expensive toll roads,) our hair-raising fellow Italian road-users, Fantastic coffee, and the new knowledge that it is possible to get terrible pizza in Italy (as proved by a certain Pizzeria-Restaurant in Assisi.) Despite the ridiculousness of travelling to Italy in August in an un-air-conditioned van without a sat-nav or a clear plan of where to go, we survived our trip and haven’t completely ruled out doing it again. 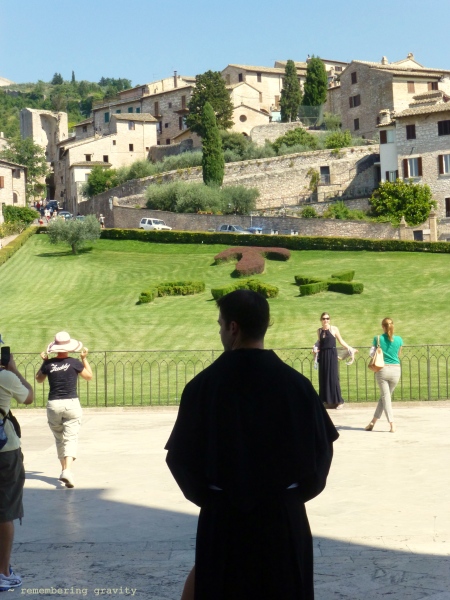 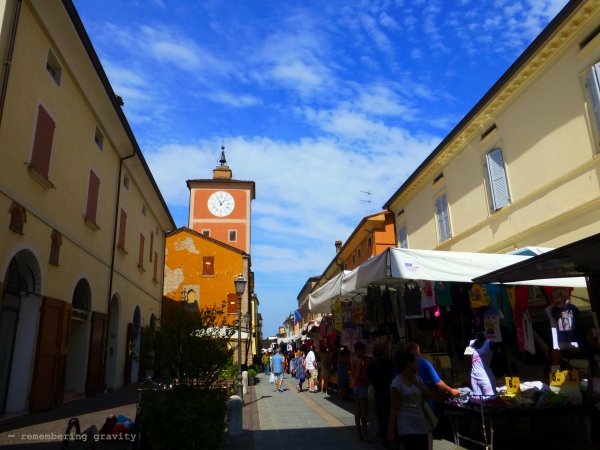 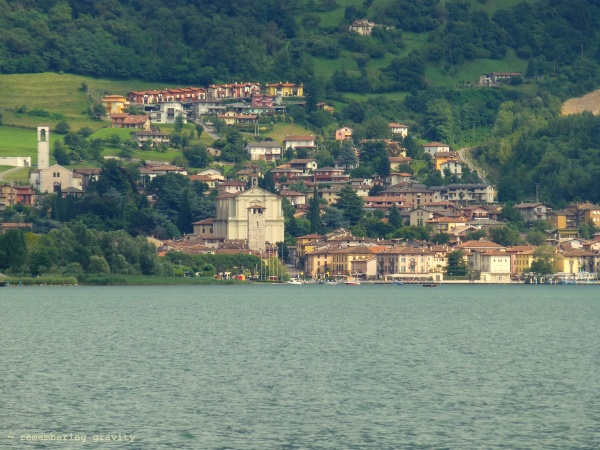 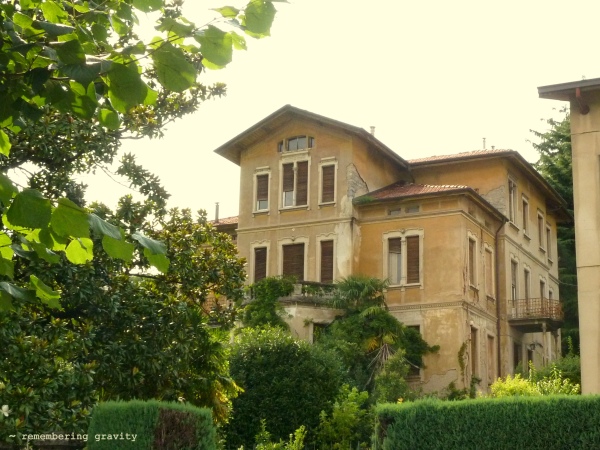 … some with magnificent gardens. I seriously recommend Villa Garzoni in Collodi, north-east of Pisa. 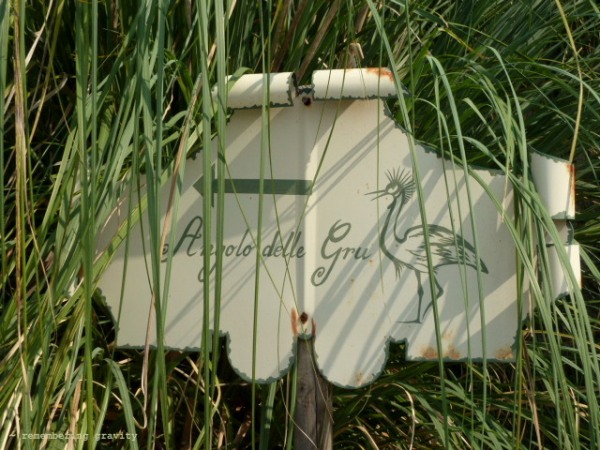 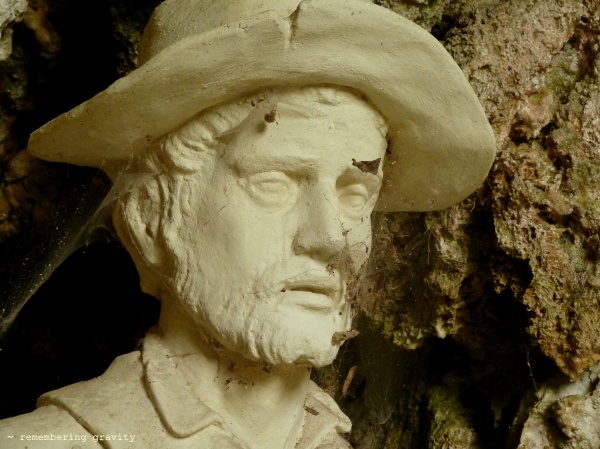 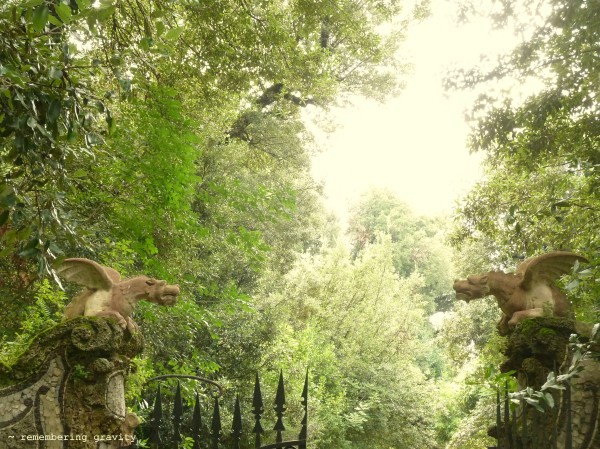 Where we met this fine couple.

We had some fantastic views to cook and eat before, and indeed to wake up to, cloud-cover permitting. 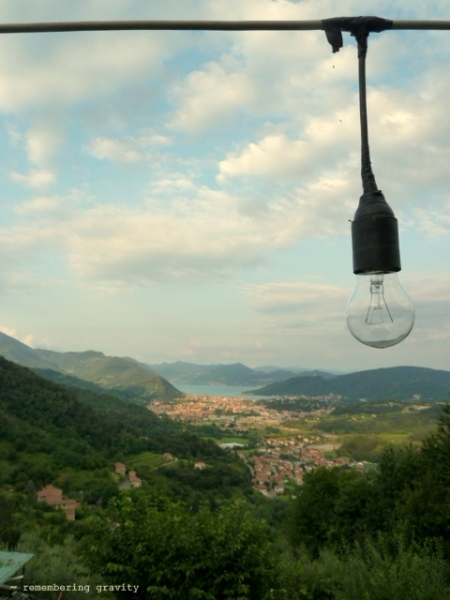 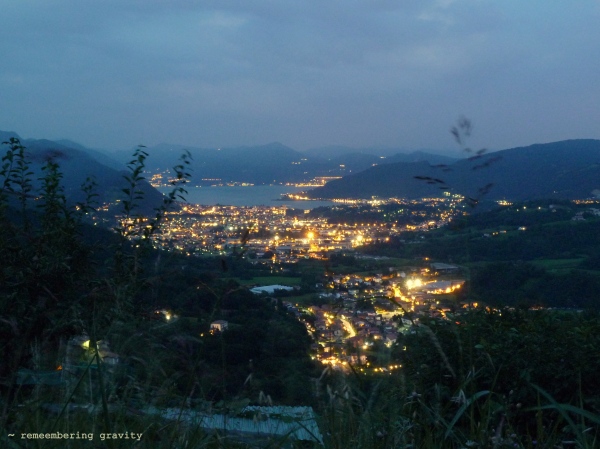 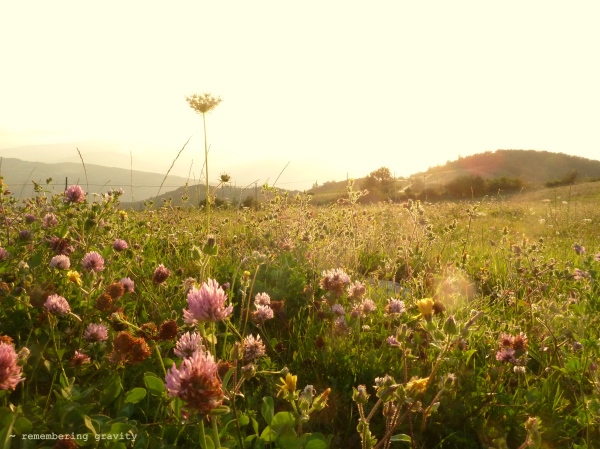 (Yes, I admit, it’s the first time I’d thought of taking a teapot on what is essentially a camping trip. I must have brainwashed The Boy more effectively than I realised…)

And hey, look at (one of) my curtains, that ensured I was going to bed the darker side of midnight for the couple of weeks leading up to the holiday (I’m not a quick sewer) 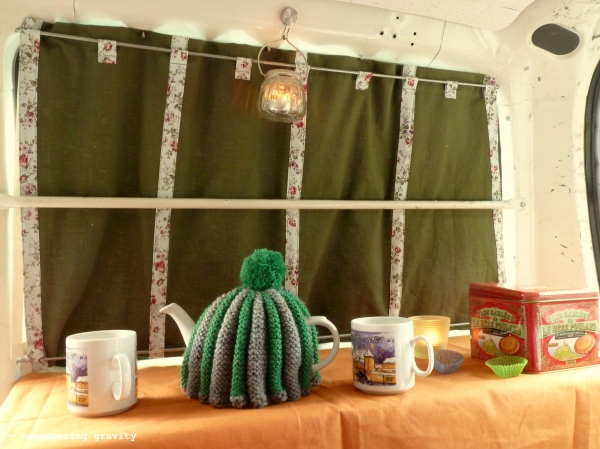 (Tea, with melting moments. If you’re going to do it at all, do it properly)

They Boy found time for some Qi Gong, 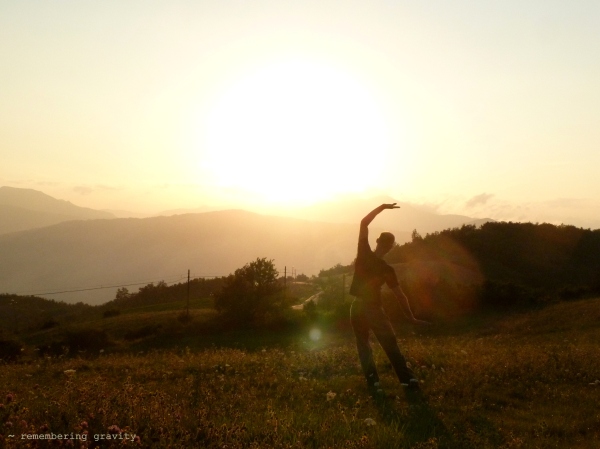 And I found time for some Yoga.

We eventually concluded that the majority of Italian road signs are there as a sort of joke, a shibboleth to sort the foreigners from the locals. 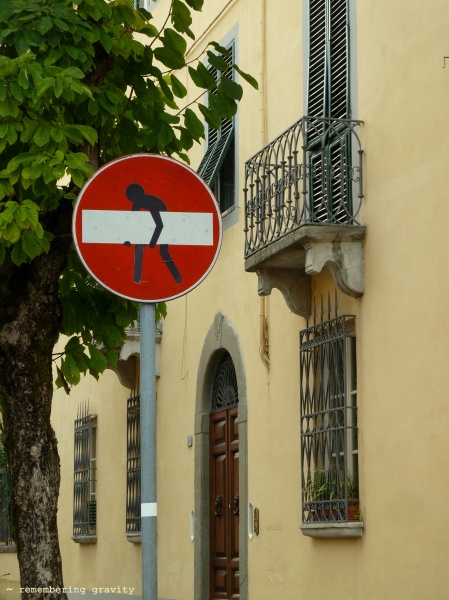 These fellow road-users certainly weren’t having any truck with them.

And speaking of trucks, I adore these little things that are perfect for getting through the narrow streets of la città vecchia. 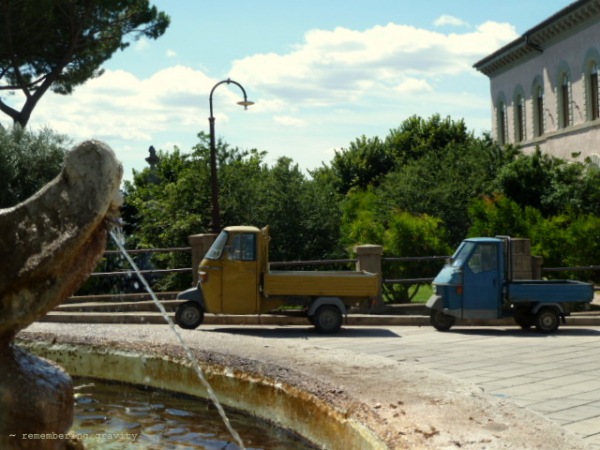 And am confirmed in my belief that the addition of a bicycle instantly improves any photograph.

Not that I could have resisted these, bicycles or no.

And last but not least, here is Arthur the Pinocchio, who accompanied us from Collodi onwards, swinging merrily. 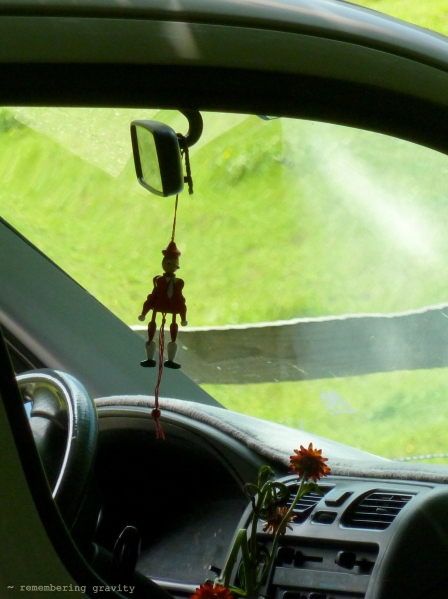